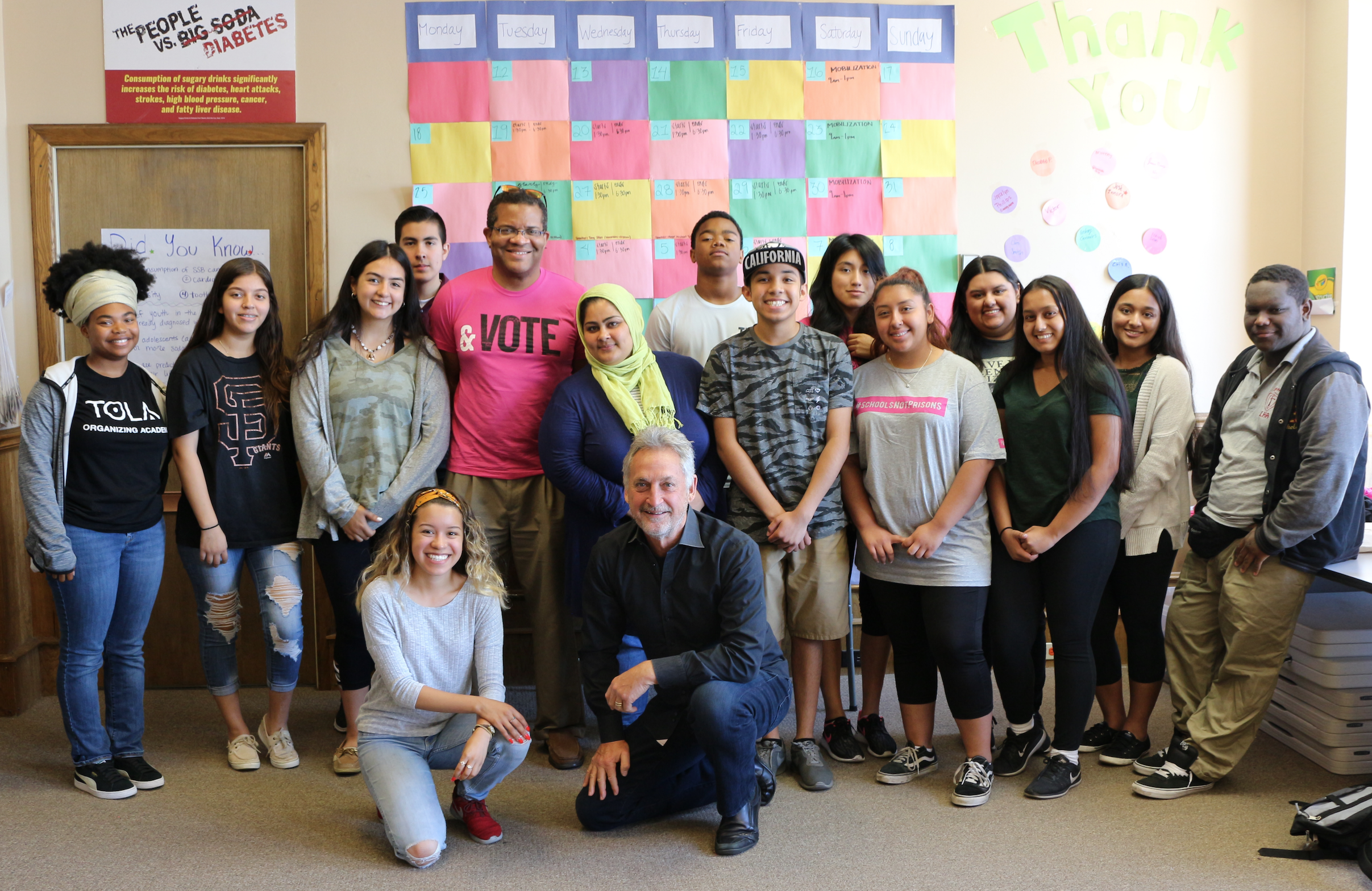 Larry Tramutola is part of the Fred Ross Organizing Tree, whose branches include Cesar Chavez, Dolores Huerta, Gilbert Padilla, Marshall Ganz, Eliseo Medina and many others.

“I began organizing fresh out of college. I was full of idealism but lacking any practical experience or the discipline necessary to be effective. I was eager to make a difference in the world, but I had no idea where to start. It wasn’t until I met Fred Ross and volunteered to help the United Farm Workers union (UFW), led by Cesar Chavez, that I really learned the skills and developed the discipline necessary to make change. The lessons I learned in the UFW from Fred Ross and other organizers provided the foundation for my career as an organizer.

When I joined the UFW, it was struggling for survival in its attempt to improve the lives of America’s poorly paid agricultural workers. My contribution to the cause in the first few months was standing out in front of grocery stores asking people not to purchase grapes or lettuce. It wasn’t organizing, but I learned a lot. For hours on end, we would talk to shoppers, hoping we could convince some of them to support the farm workers. It was hard work, but I learned how to approach people, how to express passion in a few moments, and how to be positive when you are tired. I learned the importance of incremental progress and discipline. While others went to graduate school or law school, I learned about people on the sidewalks in front of supermarkets and in the homes of people I was trying to persuade to become involved.”

Larry is an expert on tax elections, grass roots organizing, and political strategy. His work has led to the passage of billions of dollars in additional local funding for public schools, colleges, parks, libraries and hospitals; recent landmark victories against Big Soda and Big Tobacco with the passage of the first in the nation successful taxes on sugar sweetened beverages and the first in the country prohibition of sales of flavored tobacco products; and the election of hundreds of candidates from school boards to national elected offices. Larry is the author of three books on organizing and is the founder of The Organizing and Leadership Academy, a rigorous “hands-on” training program for individuals interested and motivated to pursue a career in organizing. TOLA is built around the organizing lessons of Fred Ross, applied to current and real life problems.

“A series of unexpected circumstances and opportunities led me to discover the world of organizing.

When I was four, I crossed the Rio Grande River that separates the U.S. from Mexico. I grew up in the U.S. and it wasn’t until I was sixteen before I realized I was “undocumented” when I applied for a job. I was ashamed, angered, and upset, but rather than hide in the shadows, it fueled a fire in me to fight and do better.

As one of five children, my parents, a housekeeper and a gardener, saved and supported me through college. With a major in health nutrition, my plan was to work in low-income communities teaching families about healthy choices. Two organizations changed my life and my career plans. The first, the Dolores Huerta Foundation, provided me an internship where I was first exposed to the power of organizing. The second was being selected as a Fellow with The Organizing and Leadership Academy (TOLA), where I learned the nuts and bolts of organizing. These two organizations taught me that I could have more impact on improving people’s health by organizing communities and people to fight for themselves, rather than by “educating” people one by one.

In the past 7 years, I have become a legal U.S. resident and I led the first successful soda tax campaigns in Berkeley, San Francisco and Oakland. These measures will raise over $20 M per year for health education programs and improvements to community health. In 2018, along with other TOLA alumni, I led the first comprehensive restriction of flavored tobacco, inspiring other communities to adopt similar legislation and protecting youth, especially youth of color from Big Tobacco’s harmful marketing tactics and products. I’ve also led campaigns to improve cities, hospitals, schools and increase public safety all while ensuring community members, especially youth, played a vital role in those successful campaigns.

Today, as Director of TOLA, I am working hard to recruit and train a new generation of leaders who can take on tough issues.” 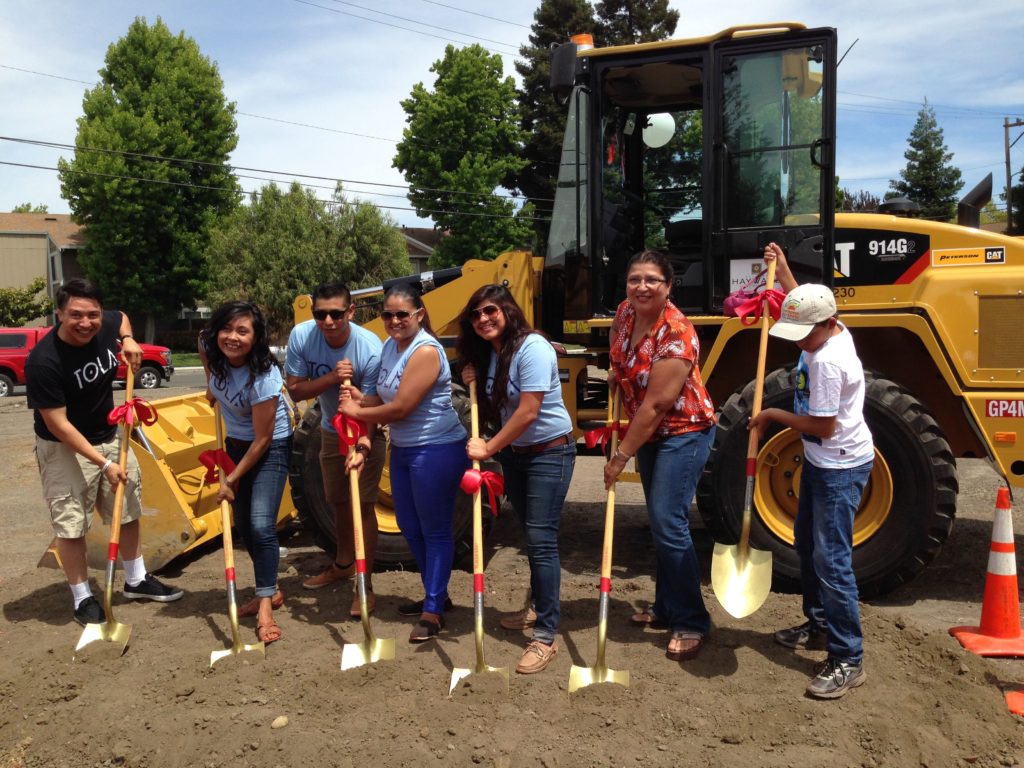 “I came to the United States when I was eight years old. My sister, mother, and I embarked on a journey that would change our lives forever.  My mother was so proud of how fast I learned English. At eight years old, I had no idea my life was going to be harder than others.

I graduated high school and had no intention of going to college. I began working in a dental office. For someone who is undocumented, leaving a good-paying job with benefits seemed risky. But I began to feel trapped and wanted to do something more meaningful with my life.

I was Introduced to TOLA by Lolis Ramirez, who is now the TOLA director. I had no idea what an organizer did or what community organizing was, but I knew that I would learn skills that would help in my search for a fulfilling life. I was part of the 2013 TOLA cohort, TOLA 5. Beyond developing organizing skills, I did not know that this search would lead me to follow another dream.

In my time as a fellow, I organized the South Hayward community and helped build community support for the creation of a health clinic that would serve the community regardless of a person’s income or legal status. I was beginning to make a difference for underserved communities and the undocumented community.

I also was part of the Berkeley vs. Big Soda campaign. I went door-to door educating the community on the negative effects of sugar sweetened beverages. Berkeley became the first city in the United States to pass a tax on sugary sweetened beverages, with all the money generated going to community health programs.

While TOLA has given me the skills necessary to become a community organizer and to train others, I did not know that TOLA also would give me the courage to realize another personal dream. Something I have wanted for a very long time is to continue my education. In the summer of 2016, I enrolled in community college, and I am now two semesters away from receiving a degree in Broadcast and Communications.

In my new position with TOLA as an Organizer Trainer, TOLA has given me the confidence to continue building power by training others and helping them find their voice.”

The five members of the Board include: